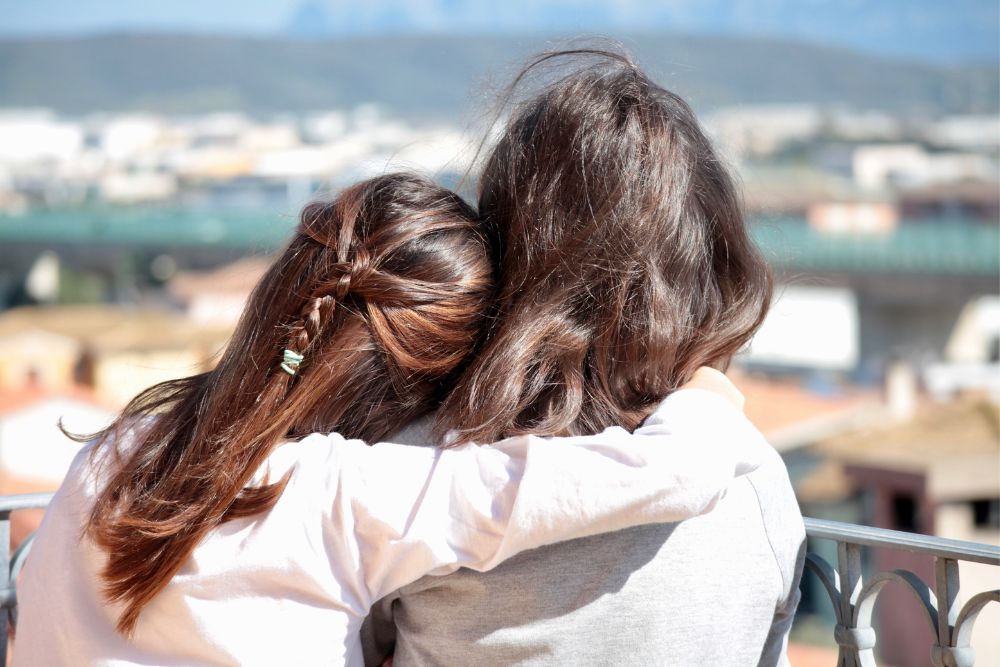 What Is Attachment Theory?

If you are looking into psychology– or even scrolling through social media channels– you may have heard the term attachment theory and wonder what exactly it means. Attachment theory is a particular school of thought in developmental psychology, that refers to the importance of a bond between a child and its caregiver.

If the caregiver is not properly responsive, then the bond may not form properly and can have lasting, lifelong effects.

Below, we will go into further detail on attachment theory– what it is, its history, and the different attachment styles and attachment behaviors that are common in our interpersonal relationships.

Attachment theory is a theory that was developed by psychologist John Bowlby to explain the emotional bonding that occurs– or needs to occur– between babies and their caregivers. This bond, and how it develops, can help us to understand how we act in romantic relationships as we grow older, too.

Essentially, attachment theory refers to the belief that babies are born with an innate instinct and need to form a close, emotional bond with their caretaker. If the caretaker is appropriately responsive, then the bond can grow and be strengthened.

However, if the caretaker is not responsive, then the bond may not be built, or the bond can become damaged. This can have lasting effects on adulthood.

The bond that is developed between baby and caregiver develops during the first six months of a child’s life.

Understanding attachment theory is very important because it can also tell us things about how a person acts throughout their life. Depending upon the bond that they are able to develop with their caretaker early on, they can end up being self-assured and confident, or fearful and untrusting.

Child who is neglected by their caretaker may often have issues like negative self-image, a fear of intimacy, or clinginess, even as they age and become an adult. Emotion regulation can be affected by attachment theory and the quality of the bond a baby is able to develop, too.

As he treated these disturbed children, he thought about their relationships with their mothers and how this affected their social, cognitive, and emotional development.

It was there that the foundation of attachment theory was formulated. He proposed that attachment can be interpreted from an evolutionary standpoint because the caregiver provides safety and security for a child, especially as an infant.

This is why the need for a close bond comes pre-programmed when a child is born. It is a survival instinct.

There are four different attachment styles– read on to learn more about each one.

The first of these attachment patterns is secure attachment. Secure attachment is largely considered to be the healthiest of the four attachment types and manifests in the most well-adjusted adults who had the strongest bonds with their caregivers in that six-month period. If a person is securely adjusted, then they have a positive self-image, as well as a positive image of others around them.

This also means that they have or had a general sense of worthiness, and an expectation that people would be accepting and responsive of and to them. A person with a secure attachment style will also be open to discussions with others and will be open to sharing their emotions.

When they were younger, a child with this attachment type would have had a strong bond with their caregiver because the caregiver was able to meet their emotional needs sufficiently, which allows them to grow and explore their surroundings safely.

If a person has an avoidant or dismissive attachment style, then they will typically avoid close relationships and intimacy, instead trying to retain their sense of independence. They often view others as being untrustworthy and do not experience distress in relation to their relationships.

In childhood, a child with this attachment style will not use their caretaker as their safe haven, and they show little to distress or emotion when separated from them.

This happens because the caretaker ignores the emotional needs of the child in its infancy, and a sufficient emotional bond is not developed in those crucial first six months.

This means that anxious ambivalent individuals have a sense of unworthiness but still view other people in a positive light.

Due to this, they usually look for self-acceptance by gaining approval and validation from the relationships they have with their significant others or partners.

When a child is forming a bond with their caretaker as a child, this attachment style can arise if the caretaker sometimes meets the child’s needs and sometimes does not. Inconsistent behaviour is the biggest cause of anxious ambivalent attachment. This can lead to a child being clingy or fearful as they grow up and can translate into romantic relationships, too.

They fear intimacy but also fear autonomy. Often, in relationships, adults with a disorganized attachments may have more casual flings or casual partners so that they can avoid getting to what they think to be too serious. Disorganized attachment style in children can often be characterized by kids that are untrusting of others and socially withdrawn.

What is attachment theory’s simple definition?

Attachment theory is a term that you may have heard before. It is a term in developmental psychology that refers to the theory that people are born with the need to form a close emotional bond with their caretaker or caregiver. This theory also states that the emotional bond will develop during the first six months of a baby’s life, as long as the caregiver in question is appropriately responsive.

What is attachment theory and why is it important?

Attachment theory is the belief in developmental psychology that a baby is born with the need to form a close emotional bond with their caregiver, and that the bond typically develops during the first six months of a baby’s life.

If the caregiver is not appropriately responsive, this bond might not develop. It is so crucial because any disruption or loss of this bond can have lasting effects, affecting a person emotionally and psychologically into adulthood.

It can have a significant effect on any of their future relationships, whether with friends, family, or romantic partners.

What are the 4 theories of attachment?

The term attachment style refers to how a person relates to others, and is, essentially, defined as a specific pattern of behaviour in and around relationships. For instance, if someone has an anxious attachment style, this is also referred to as preoccupied.

They may behave differently in a relationship than a person with the avoidant attachment style, which is also referred to as being dismissive in adult relationships. It is important to know your attachment style so that you understand how you react and act.

What is John Bowlby’s attachment theory?

The British psychologist John Bowlby is very significant in developmental psychology. One of the discoveries he made is that of attachment theory.

According to his evolutionary theory of attachment, babies come into our world and are biologically programmed to form attachments with others.

This will help them survive, so of course it is something that is programmed into their brain as a survival instinct! Each child that is born will have an innate need to attach to one main attachment figure, typically one of their caregivers.

What Is Relational Psychotherapy

What Is Relational Psychotherapy If you are looking for a therapist, or are researching the…

Cognitive Behaviour Therapy  Regardless of the issue that you’re coming to therapy for, you may…

Latest Blog Posts
How We Help
Your Money At Work

Adolescent mental health care remains an area that is disjointed and under-resourced. As a Foundation, we want to help address these gaps.

Big or small, your donation will empower adolescent girls and young women in the Calgary area to live healthy, productive lives.